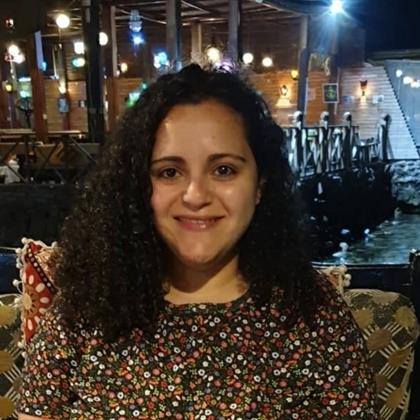 While making decisions can be a solitary task, sometimes, managers need to put it to a vote, especially if they affect the whole team.

The fist to five strategy is not just about letting people give their consensus on a disputed matter. It's about rating that matter on a scale of 0 to 5 to show how much they agree or disagree on that matter.

Let's find out what the fist to five technique is all about and how to implement it with your team.

Take a look at the headlines in this article:

What is meant by fist of five?

What is consensus voting?

Is fist to five a formative assessment?

What is the fist to five voting method?

What is the process of fist to five?

What is meant by fist of five?

The fist of five, also known as fist to five strategy, is a voting technique used in meetings to rate your opinion on a matter with a show of hands on a scale from 0 (clenched fist) to 5.

This technique is a community-oriented consensus method that's aimed at facilitating the process of decision-making.

It emphasizes on the team members' autonomy on voicing their opinions more accurately, and instead of just voting yes or no, the fist to five strategy invokes agreement, or lack thereof, on a certain subject.

So how is it different from consensus voting?

What is consensus voting?

A consensus voting is when a group of people discuss a disputed matter and reach an outcome that's favorable to everyone. It's different from a unanimous vote, which entails all parties voting "yes" on the matter at hand.

If people reach a consensus, that doesn't necessarily mean that the majority agrees with the decision or it's what they would've preferred. But in the end, instead of revoking a decision, participants agree to a solution for the benefit of the team.

This means that fist to five is not necessarily a consensus voting, but it can easily turn into one if one person or more disagrees with the decision but can still commit to it to get on board.

The fist of five strategy can also be a type of assessment given in an ongoing meeting.

Is fist to five a formative assessment?

A formative assessment takes place when the leader of a group asks the attendees about their opinion on a given subject as soon as it's discussed by a show of hands to rate their agreement from 0 to 5.

For example, a teacher can ask their students to rate their understanding of a concept they just explained to the classroom. They can either ask them to use the fist to five technique or the thumbs up, thumbs side, or thumbs down technique, both of which are formative assessments.

However, fist to five is more about quality than quantity when it comes to rating. The number from 0 to 5 reflects how each participant feels about the matter in question, so let's find out what each number means.

What is the fist to five voting method?

The fist to five voting method entails stating your opinion on a single topic rather than being given a choice between two or more options.

It's a way to enhance communication between teammates and establish trust, making each person feel valued for their opinion. The fist to five is a quick way to pass a vote, which helps to enhance productivity in group meetings.

Let's take a look at what each number represents:

When a person votes with their clenched fist, it means they totally disagree with the decision and feel strongly about it.

This means they do not agree on a consensus, which could hinder the decision-making process. Some people usually use this signal based on moral grounds and it may be difficult to sway their vote to a higher number.

Rating an issue with one finger means the person disagrees with the decision but won't stand in the way of consensus. They may not like the decision but still don't feel too strongly as to veto it.

The person may feel the proposal at hand is not perfect and needs a lot of work so they won't give their full approval but, at the same time, won't stand in the way.

This rating means they don't particularly like the decision but will commit to it nevertheless. They could have their reservations on the matter but are open to it and may even be convinced it's the right one.

A vote of three fingers is right in the middle between completely agreeing or disagreeing with the decision. The person voting may have a balanced list of pros and cons for the proposal so they may be agreeing to it but not all the way.

A person holding four fingers means they think the proposal looks legit and stands behind it. They may even take the initiative in putting the decision to action because they think it's a good idea.

This means a person is totally on board with the proposal and will work on implementing it or even take the lead to put it into action.

Knowing what each number stands for, let's find out how the voting process is initiated.

What is the process of fist to five?

Before calling for a fist to five vote, the proposal should be discussed in advance. This could be mentioned in previous meetings so the team has an idea of what it entails before they can make a decision.

The next step is to simply ask the team to vote with a show of hands to reflect their level of agreement with the proposal.

Each member should hold their voting hand up high for all members and the leader to count the votes.

The meeting leader will scan the participants for the votes in agreement (three or more fingers) versus those in disagreement (fist to two fingers).

4. Allow people to speak up

The next step is to give people who voted against the proposal a chance to voice their concerns about the proposal and what they want to see improved to sway their vote to three fingers or more.

As the leader of the meeting vote, you have to realize that there might not be a full consensus on the vote, so a vote of one or two fingers may be difficult to sway to the other direction but you can still pass the vote in agreement.

If there are a lot of low-quality votes (under three), you may propose postponing the decision until the team works on the proposal before calling another vote.

Taking a fist to five vote can become easier with practice, so you can make it a recurring action in your future meetings.

You can implement the fist to five strategy in your virtual meetings, and having an online meeting platform can make the process much easier.

With adam.ai, you can schedule your meetings via Google Calendar, Office 365, or Calendly, have the meeting using one of your favorite tools like Zoom, Microsoft Teams, Google Meet, and Slack, set a time for each talking point in your meeting agenda, take private notes during the meeting, and create action items at the end of the meeting, having all these features and more in one place.

Get started on the 14-day free trial right now to facilitate your meetings with your team.

Check out the following video on how to vote on and take decisions on adam.ai:

The fist to five strategy is a quality voting method used to make decisions among your time. Using a scale of 0 (clenched fist) to 5, each member can vote if they're with or against the proposal in question and to what extent.

Here are a few reasons to choose adam.ai:

Jeff Bezos' Two Pizza Rule: What To Do When It Doesn't Apply

Stay updated with our newsletter